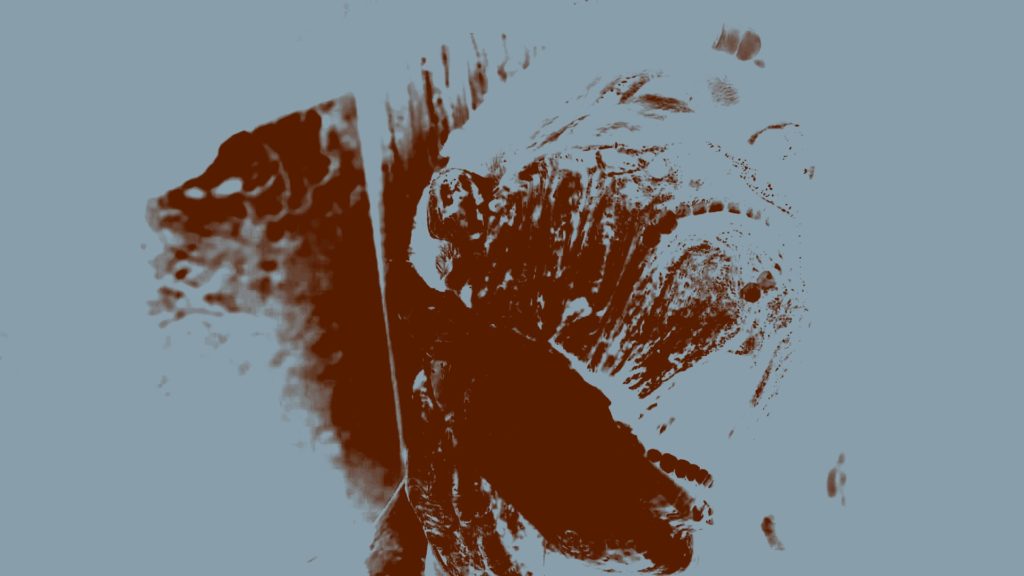 The remade Resident Evil 2 opens with a close-up of an enormous hamburger. The screen is filled with an indeterminate mess of bun and meat that, seen in such detail, is tough to distinguish from the hunk of corpse that might be better expected from a horror game. A truck driver one-hands the burger and bites off a chunk. A trail of grease smears his chin. Soon after, this being Resident Evil, the driver is dead and the game shifts its attention to either rookie cop Leon Kennedy or college student Claire Redfield, characters tasked with trying to survive that most familiar of horror scenarios, the zombie apocalypse. The hamburger—a playful gross-out gag, meant to encourage the player to gag—gives an early hint of the game’s major preoccupation with the possibilities inherent to modern technology. A seemingly throwaway opening joke, it’s a celebration of how far we’ve come, at least fidelity-wise, since the original Resident Evil 2 came out in 1998. Now, with a PlayStation 4 blasting its fan in an attempt to keep up, Capcom can show anything it wants, whether burger, zombie guts, or dripping sewer systems, in nearly lifelike detail.

Initially, this love of high-tech pseudo-realism seems to justify itself. The player encounters her first zombie shambling around in gorgeously repulsive detail, aims a pistol at its flesh-molting skull, and, if lucky, scores a shot that causes its head to explode with the sound of an overfilled water balloon bursting past capacity. A great torrent of gore spills wetly out from its now empty shoulders and the undead body flops to the ground, its last bits of energy leaving it behind as a crumpled mess of slack limbs and viscera. The grotesque attention to detail is morbidly stunning, even more so when the bullets don’t put the creature down for good. Shoot a zombie in its arm and decomposing flesh will sever near the elbow, forearm dangling loosely from barely-holding bits of brittle bone and sloppy tendon before it falls off. Shoot one in the legs and it bows down in a sudden crouch, still advancing toward the player character’s delicious brains. Even a few blasts to the face can leave a zombie staggering forward, blank eyes peering out of a spaghetti sauce nightmare of red, red blood and muscle.

Here, the remake is impressive and, at least if you slow down to think about it between shots, a little unnerving. For the first time in what seems like forever, the concept of a zombie—anthropomorphized hunger, moving its dead meat body toward its next meal and impervious to pain—is spooky again. Resident Evil 2 doesn’t capitalize on this achievement, though. It’s rarely a frightening game after the first hour or two of play forces the underlying, rigidly mechanical structure of its design to the surface, numbing the “realism” of its audio and visuals with adventure game-style environment-combing that calls greater attention to the less enthralling realism of its intentionally prosaic setting and progress-blocking puzzles.

Most of the game takes place in a sprawling puzzle box police station, sewer system, and laboratory, all rendered with familiarly drab lighting, nondescript furnishings, and industrial décor as if greater verisimilitude can be achieved by nailing down every last minor, mundane detail of a fundamentally fantastic setting filled with moving statues and biofreak monsters. None of this is bad necessarily, but it does make Resident Evil 2’s remake a fascinatingly boring game at times. (Two exceptions: the menacing orphanage’s claustrophobic, colourful debris and the police station’s high-ceilinged, dramatically staged main hallway.) Urged onward by the hooks of incremental puzzle-solving, one room unlocked to reveal the key to unlocking another room and another key, map coloured in a pleasant blue to denote an area that’s been thoroughly “completed,” the player is swept up in the same sort of pleasure that comes from vacuuming a dirty floor or washing the many dishes left behind after preparing an elaborate, multi-course meal. It’s satisfying on a lizard brain level, but, like cleaning up or organizing the apartment, is still a chore after a while. Older survival horror games, maybe because of the technological limitations of less powerful consoles, relied on distinctive colour palettes and outlandish decorations to help make locations memorable enough to aid in puzzle-solving. Resident Evil 2’s remake, while still dotted with bits of weird junk, is more realistically rendered. Its police station is an early 20th century vision of a police station, all dark wood and tiled bathrooms. Its sewers are metal grates and damp cement. Its laboratory is a gleaming modern office building with only an outré subterranean elevator hub to distinguish it. In general, despite its fundamentally unreal monsters, it looks like a collection of places the player can imagine existing or remember visiting for herself.

This is even more pronounced when the bulk of an area’s enemies are taken care of and there’s only puzzle-solving to get done. To keep moving, the player has to figure out how to fix stuff, basically. A door handle is locked with chains so those chains need to be removed with bolt cutters; a bell tower’s elevator is stuck so you, action hero, have to repair the structure’s missing gears to get it moving—even less thrilling: the bureaucrats at Evil Science Lab HQ require management level keycard clearance to get into the right section of their offices. Videogames love stuffing nominally exciting scenarios—Half-Life’s alien invasions, God of War world-rending mythological battles—with hilariously banal tasks, like figuring out how to power sprinkler systems, turning on electrical generators, or moving rubble to get through doorways. Resident Evil 2 is no different, but the enormous leap forward in audiovisual fidelity it showcases brings the oddity of games’ approach to realist design to the forefront. It also, by featuring the beautifully absurd kind of survival horror puzzles that propose a world in which, say, maintenance workers construct security systems based on electric keys shaped like chess pieces, calls into question the idea of forcing realism into these scenarios in the first place.

Even as the “best graphics” arm race that keeps the tech nerds and hardware corporations excited reinforces the myth that realism is something like a Platonic ideal for videogame art, it’s worth remembering that, as in all art, that same realism is just another stylistic choice—and the value of a given style lies in its ability to fulfill a work’s vision. In the first Resident Evil’s remake, the gothic mansion setting was perfectly suited to the detailed textures and more evocative lighting that accentuated the house’s gloom—and better audio fidelity helped sell the ghostly creaks of an old home’s wooden bones, complaining as its secrets were plumbed by the attentions of unwelcome government intruders. In Resident Evil 2, most of the environments are just uncannily mundane; beautifully replicated versions of boring places to spend time in.

The gore, too, is a bizarre concession to reality in a fundamentally unreal world. In its case, it works. It is wretchedly delightful to watch zombies wriggle around on the ground, moaning as they pull themselves forward on rotting elbows with their intestines trailing behind them like thick jellyfish tendrils. In its gore, Resident Evil 2 justifies its realism by prompting disgust by more fully modeling wounds we’ve experienced or seen, turning the bodies we spend every day with into horrific versions of themselves. The high-tech, photo quality visuals make sense here. They’re capable of comparing a greasy hamburger to internal organs and flesh wounds and unlocking all the glorious gross-out and comedic potential therein. But this is only one choice in the sea of aesthetic choices that make Resident Evil 2’s remake what it is: an unthinking celebration of technocrat realism that drags itself down by applying a blanket approach to its entire design.

Reid McCarter is a writer and editor based in Toronto. His work has appeared at The AV Club, GQ, Kill Screen, Playboy, The Washington Post, Paste, and VICE. He is also co-editor of SHOOTER, co-hosts the Bullet Points podcast, and tweets @reidmccarter.