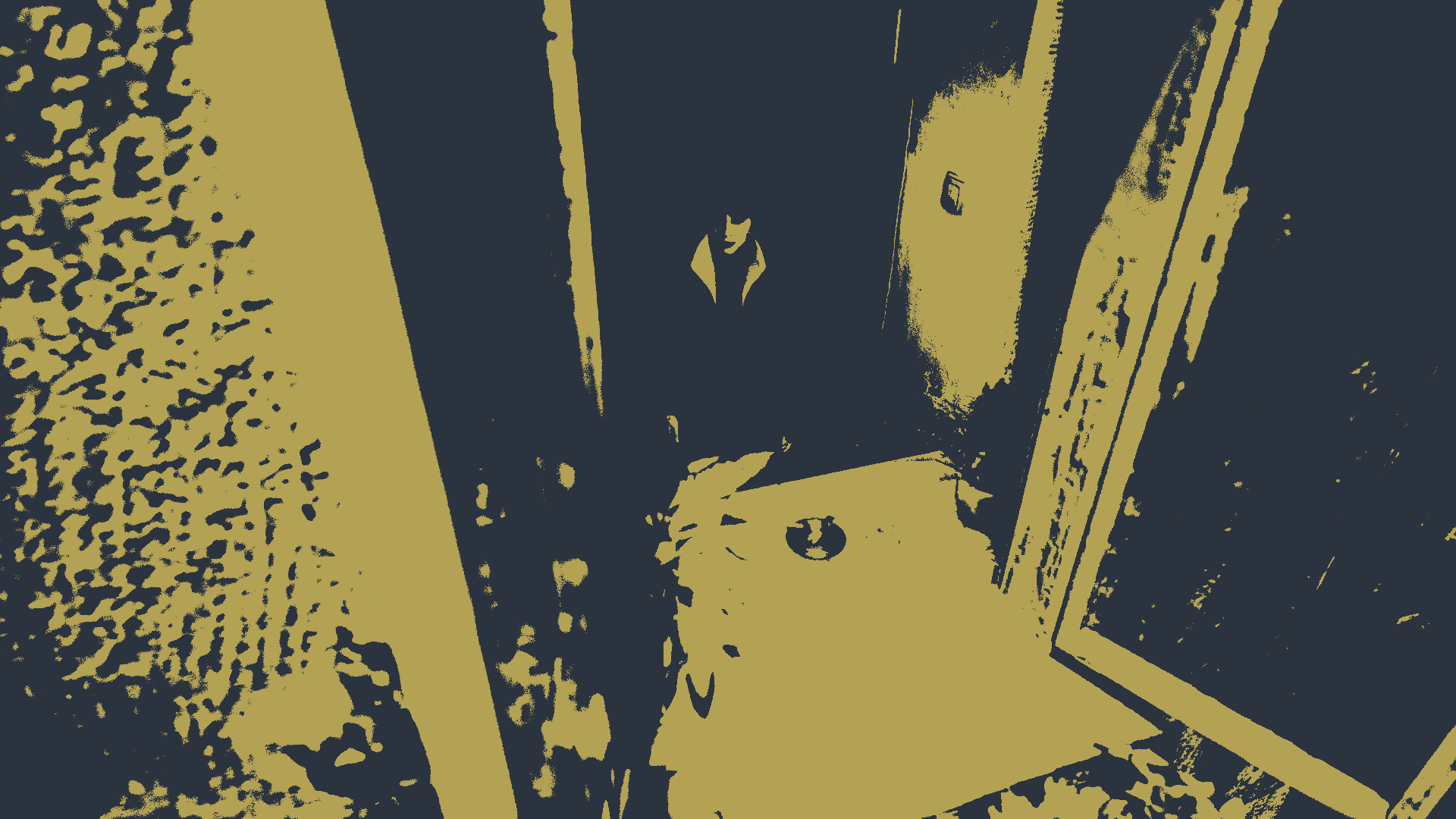 There's always been one thing that gives me pause when people ask me if I want to have kids: I don't want to fuck them up. I've built up plenty of trauma in my relatively short life, and a decent amount of it comes from my own parents. While I've gotten to the point where I can see that they were just doing their best, I don't want to continue that cycle with my own kid. Since reaching adulthood, I've stayed committed to the idea that I am the final stop on this trauma train. It ends with me.

These are the same words you hear echoing down the hallways of the Niwa Workers' Resort where Bloober Team’s The Medium is set. The game follows Marianne, a woman with supernatural abilities, who must deal with her own cycles of familial trauma. After readying the body of her adoptive father for his funeral, she receives a strange and frightening call from a man named Thomas begging her to come to the Niwa, an abandoned government building. By navigating the Niwa's physical and spiritual spaces, Marianne slowly unravels its grisly history and how it all relates to the mysterious Thomas. Traversing Niwa's desolate hallways, Marianne finds snapshots of the past held in place by the pain and memories of those who are now long gone—a prima ballerina, kept hostage by her controlling manager; children participating in the cruel games of youth; politicians struggling against each other behind closed doors. Niwa is dripping in remnants of the past. It soon becomes apparent that Thomas' history is key to Marianne's future, and neither are able to break away from a familial cycle of abuse and trauma.

Thomas' story is largely shaped by the violence inflicted on him in wartime. He has faced torture and exile, and even his supernatural abilities inherently focus on the negative aspects of humanity. He is able to shred souls, leaving them unrecognizable, by siphoning dark emotions like shame and sorrow. When it comes to what he can do as a medium, it does not seem that peace is ever really an option for Thomas. Given all that, it's maybe not surprising that his way of dealing with the predator Richard who harmed Lily, his older daughter, is similarly spiritually violent. Using his ability to enter someone's past and find the core of who they are, Thomas hunts Richard through his own psyche and ultimately shreds him, leaving nothing but a mutilated spiritual husk to lurk behind Niwa's walls. Ultimately, Thomas cannot—or will not—escape the violence that has always followed him.

Thomas' story, on its own, isn't really a problem. We all know, or at least know of, people who weren't able to free themselves from the grip of their demons. And unlike Marianne, who helps the ghosts she encounters find peace, Thomas doesn't really have the tools to navigate the spirit world in any kind of restorative way (at least based on what we're shown of his powers). But, all the same, Thomas' vengeance is where The Medium truly begins to stumble in its portrayal of trauma survivors and how they can break cycles of abuse. Thomas' gift may not give him the tools to help people move on, but Marianne's do. Despite having these tools, the game still traps Marianne in a similar dead end cycle of trauma as her father.

The front half of the game largely entails Marianne having to traverse otherworldly obstacles and dodge the ravenous Maw—a towering monster with a flesh kink and more than a little resemblance to Pan's Labyrinth's Pale Man—in order to find scraps of people's humanity so she can set them free. These people are strangers, long dead victims of the infamous “Niwa Massacre” whose suffering poses a physical barrier to Marianne's progress. Despite this, she treats them kindly and with care, searching out the truth of who they were versus who they were perceived to be. One such spirit is the aforementioned prima ballerina. By searching her room, and listening to her memories, Marianne uncovers the story of a talented young woman being kept under lock and key by her manager while dealing with a mother who refuses to acknowledge her. Marianne uncovers signifiers of both her inner and outward self in order to set her free. Another is a little boy who it is implied used to play with Sadness back when she was alive. Despite witnessing memories that imply this boy ultimately ended up treating Sadness—who turns out to be at least part of Marianne's older sister Lily—cruelly due to peer pressure, our medium is still kind, still gentle with him as she works to unstick his soul. Yet when it comes to her own sister, Marianne is all out of that liberatory spirit.

As The Medium comes to a close, Lily and Marianne are finally reunited on a dock, trapped between the lake from Marianne's dreams of her past and the looming Maw. We have come to learn that the monster is another part of Lily—her rage, sorrow, and shame given form. In the end, both Sadness and the Maw are manifestations of who Lily was as a child, static apparitions that can only encompass who she was in the moment she was hurt. The game seems to feel that Lily was frozen in this spot, never growing beyond what she experienced with Richard, seeming to imply that once you are damaged, that's all you are.

Lily, who's spent most of her life confined to the shadows of a concrete bunker due to her psychic torment, has finally hit her limit, and is willing to die to bring an end to the monstrous manifestation of her trauma. Considering everything that has happened to her, and the fact that no one has ever seemed to offer her any help in coping with her experiences, Lily's despondence in the face of this cliff's edge doesn't necessarily feel inauthentic. For many, mental lows can get incredibly low. But Marianne's reaction to her sister's dilemma only serves to demonstrate that this game cannot fathom a path through trauma for anyone.

Despite her established ability to find the humanity in others, and to use it to set their spirits free, Marianne seemingly gives no thought to the possibility of trying to help her sister destroy the Maw, or even find a way to bring it to heel. Instead, her immediate solution is to throw herself into the line of fire, offering herself up to the Maw as a potential new host. The implication from the Maw is that Marianne's medium powers are strong enough to sustain it without burning out the body immediately, which would presumably turn Marianne into an extremely dangerous new monster. Holding a gun to her head, Marianne positions herself as a bargaining chip to protect her sister, leaving herself with no way out. It's either this, or kill Lilly, deeming her—and those like her—a lost cause, like their father did before her. The Maw once again screams, "it all ends in me," and by making herself a martyr rather than trying to help Lily find herself again as she did with the other spirits she encounters, Marianne proves it right.

Trauma changes us. Often, it makes us fearful, angry. We react with the uglier parts of ourselves to defend from the uglier parts of others. But this kind of behavior is not an inevitability, not a foregone conclusion for those of us who have suffered. And being ugly, leading with your pain isn't necessarily a set state of being. The Medium seems to understand that what we experience can make us monstrous, but not how we can put in the work to overcome that darkness within ourselves and others. Our parents and our pasts may make us who we are to some degree, but we are not slaves to them. Our trauma, our pain, doesn't have to be our curse.

When I think about who I am and who I want to be, I no longer think in terms of drastic damage control. The choice of whether or not to have children won't be influenced by my fear of passing my trauma onto them. Because this cycle does end in me. Not with the end of my bloodline or anything as dramatic as that, but in my journey to process my issues and take care of myself. Obviously, this kind of recovery is more akin to a marathon than a one-time miracle shot, but by denying Lily and Marianne even a chance at recovery, The Medium turns trauma into a completely hopeless state.

Ty is the Editor in Chief of Uppercut, editor at Upcomer, and freelance writer who takes most of their fashion inspiration from Jim Henson's Muppets. You can find them on Twitter @owoathkeeper.